Sadly I can’t say “good morning from Calgary,” but I do want to give a big shout-out to the marcom team at SAIT, whom I’ll be joining later this afternoon for a presentation on “Chemistry & Creativity in Higher Ed Marketing.” Spending time with marketing types always cheers me up!

Which is good, because once again my plan to steer clear of COVID was wrecked upon the shores of today’s news. A flurry of new cases on Canadian campuses, thanks to outbreaks in a couple of student residences in particular, has prompted me to focus on campus housing today – from student conduct violations to new construction, private developers partnering with universities, and also buying them out at fire sale prices.

But first, some developments on the pandemic front…

Cases: As global recorded cases of COVID19 approach 100M, and Canada’s exceed 750,000, the infection curve is finally trending down across the country. (It’s a month since Christmas, and many regions are under stricter lockdown, so that makes perfect sense. Hospitalizations and fatalities may peak in a week or so.) 25M cases in the US means about 8% of the country has been infected. Mexican president Andres Manuel Lopez Obrador announced on the weekend that he tested positive and is isolating at home.

Vaccines: Although almost 840,000 Canadians (1.1% of the population) have received their first dose of Pfizer or Moderna vaccine, we’re facing increasing shipment delays from Pfizer (as I mentioned last week). And even when the vaccine arrives, things don’t always go smoothly. Last week, California halted use of 300,000 doses of the Moderna vaccine after “fewer than 10 people” required medical attention at a single vaccination site. And there have been some adverse reactions in BC to one or both vaccines in use (about 1 in 2,000 doses administered).

“Before the new variant I was more hopeful of a summer that would allow people to go to camp and travel and that sort of thing. I’m less sure about that now. That just makes this a much harder problem… It’s certainly not good news.” – Marc Lipsitch, Epidemiologist, Harvard

South Africa Variant: More troubling is the B1351 variant from South Africa. Like the UK strain, it is more contagious, but it also seems better at evading the protection of existing vaccines. Moderna reports a “six-fold reduction in neutralizing ability,” and is now developing an alternative version of the vaccine for booster shots. BC has already reported 3 cases of this strain, too. SFU researchers warn that, with a strain 40% more contagious, current measures would not contain the pandemic and the province could see >5,000 cases a day by mid-March. (Ontario researchers concluded similarly, that a more contagious strain would lead to ~4,000 cases per day by April.)

“The punch line is that failure to prevent or contain this now spells disaster in March.” – Elisha Are & Caroline Colijn, Simon Fraser U

California Variant: Yes, California has its own more aggressive COVID19 variant, “CAL.20C,” which is already showing up in half the cases in Los Angeles. Chances are it is more infectious, although there is no data yet on whether it is more deadly. It has already been found in 11 other states, from New Mexico to Connecticut.

Brazil Variant: And then there’s the “P.1” variant from Brazil, already responsible for about half of new infections in Manaus, the largest city in the Amazon. It has already been confirmed in Minnesota.

“It is highly likely there are many variants evolving simultaneously across the globe. However, it could take weeks or months to identify if there is a single variant of the virus that causes Covid19 fueling the surge in the US similar to the surge in the UK.” – Jason McDonald, CDC spokesperson

Since yesterday’s newsletter, there were reports of 83 more COVID19 cases associated with CdnPSE campuses, including major outbreaks in residence at uGuelph and McGill. (Many cases go unreported, but see my master spreadsheet for a running tally.)

“Unsanctioned social gatherings” on Jan 15-16 has sparked an outbreak in residence at uGuelph which has now grown to 44 cases (I reported 7 on Friday), and has 200 of 840 students isolating. “As more test results come in, that number may continue to grow.” So far, campus police have issued 27 fines totalling $3,240 related to the parties, in the East Village Townhouses. The university has increased enforcement on campus, and is considering a curfew.  CBC  |  uGuelph

McGill U reported Sunday night that 44 students in residence tested positive, 33 of them from the Royal Victoria College residence. All recent cases have been traced to sustained close contact at illegal gatherings. McGill also temporarily evicted more than 15 students yesterday for violating social distancing rules. After “several warnings and/or reprimands,” the students in New Residence Hall were emailed Sunday and told to leave residence Monday morning, and that they could not enter any McGill premises for 7 days.   CBC  |  Montreal Gazette

Brock U reported another case yesterday, of an individual who had been on campus Jan 21.  Brock

McMaster U reported yesterday a staff member tested positive, who had last been on campus Jan 20.  Mac

Kamloops police have fined a Thompson Rivers U international student $1,000 for repeatedly violating his 14-day quarantine upon entering Canada.  Kamloops This Week

219 students living in residence at Harvard violated “community compact” COVID19 rules during the Fall 2020 semester. 49% of the cases were failures to complete the daily symptom screening, while 17% hosted an unauthorized gathering. The “non-disciplinary” council responsible to enforce the compact generally just doled out warnings, although it evicted 32 students from the dorms last term. Harvard plans to invite 3,100 undergrads to live in residence during the Spring semester.  Harvard Crimson

Of course, Harvard students are well behaved compared to some…

By Oct 1, the Office of Student Conduct Violations at Penn State had already responded to 1,300 violations of COVID health and safety policies, and issued 1,277 sanctions. 1,046 of those sanctions were warnings, 204 were placed on probation, and 10 students were suspended for the remainder of the year. 17 students were evicted from on-campus housing.  Penn State

While we’re discussing outbreaks in campus residences, there have been a few announcements about campus housing in recent weeks…

Shelter for Frontline Workers at Mac

McMaster U is making 20 residence rooms and meals available at cost to Hamilton healthcare workers who need to self-isolate for 3-14 days, without putting their families at risk. A community non-profit, the Thrive Group, is providing staff to coordinate.  Education News Canada

Back in November, we heard that McMaster U is planning to demolish 14 vacant homes in Westdale, and build a “massive” 1,400-bed “near-campus” residence, in partnership with Knightstone Capital Management. Neighbours went to the media with their concerns about overdevelopment.  Hamilton News

Trent U is proposing to build a new 400-bed college residence at the Symons campus, to add 150 residence spaces at Catharine Parr Traill College, to add another 150 beds to an existing college, and renovate spaces at Otonabee College. In the longer term, Trent has plans for a seniors’ village, including a long-term care home, retirement homes and potential student housing. The neighbouring township urged the university to make additional student housing the priority, over concerns about family-oriented neighbourhoods in the area.  Peterborough Examiner

Developer Zelinka Priamo Ltd is building twin student residence towers near the uWaterloo and Wilfrid Laurier U campuses, and in November was seeking zoning approval to add 8 more storeys to make them 20 and 23 storeys tall.  Waterloo Record

While Ontario universities seem to be building more student residence spaces, some campuses in other countries are struggling with this year’s vacant buildings…

Scape Australia, a private developer, just completed 2 new university student residence buildings in Sydney and has several others under construction in Redfern and Melbourne – but because the country’s borders remain closed to international students, all the buildings will stay empty for the year. The developer has 14,000 beds in 24 towers across Australia, with 60% of them empty, and 10,000 more under construction. Purpose-built student accommodation may be key for quarantine facilities, when international students return.  Sydney Morning Herald

In major Canadian cities, universities have been buying up luxury condos and hotels for years to convert into student accommodation. But with a major recession, low interest rates, and an enrolment crisis at many US campuses, the reverse seems to be happening down south. Real estate developers are buying up urban student residence towers at a bargain from cash-strapped institutions like Yeshiva U (NY), Atlantic Union College (MA), Unity College (ME), Marlboro College (VT), and others. (With 30% of US institutions running deficits, liquidating real estate is the only option open to many of them.) Often the buildings can be converted to upscale apartments, or resold at a 100% profit within just a couple of years.  New York Times 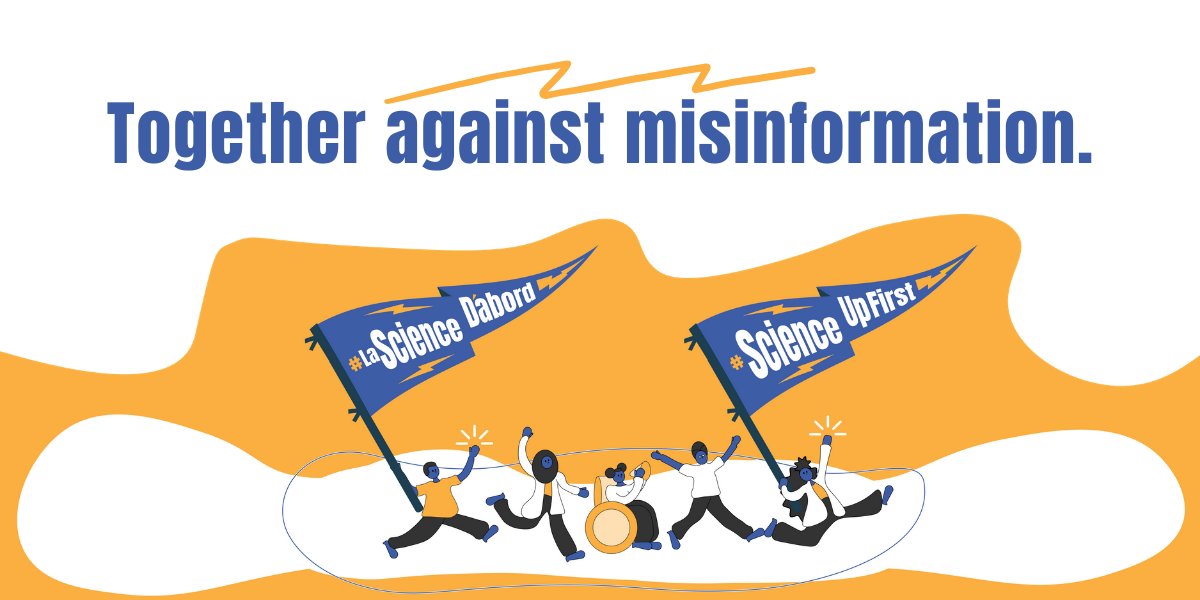 The Canadian Association of Science Centres, COVID19 Resources Canada, and the Health Law Institute at uAlberta are leading a nationwide social media campaign to counter COVID19 misinformation and conspiracy theories. (What the WHO has called a “global infodemic.”) Phase 1, launching this month, will amplify existing science-based content particularly to combat vaccine misinformation. Phase 2, starting in March, will “track trending misinformation” and “respond quickly” with science-based content.

As always, thanks for reading. Stay safe and be well, everybody!