As we head into the Labour Day weekend, it’s starting to truly feel like back-to-school season has begun. But certainly nothing feels normal about it…

The province of Quebec has been struggling with a rising reproduction value for COVID19 throughout August. In Quebec City, one night of singing at a karaoke bar on Aug 23 became a super-spreader event, infecting 50 people (and counting) and causing 3 of the 5 school outbreaks in the region. To make matters worse, at least one bar patron “painted the town red,” visiting 6 other local bars that night. (Karaoke has already been banned in Ontario and BC.)

A constellation of recent developments today suggests it’s time for another look at the politics, epidemiology and implications of the pandemic in the US. (Their situation really isn’t so different from jurisdictions elsewhere, it’s just further out of control.)

In addition to a few more Winter 2021 announcements, I’ve got some interesting FutureTech developments, and for those of you in MarCom: a worldwide virtual fair, lessons in pandemic communication, a mall tackles masking, and some vids you shouldn’t miss…

For decades now, it’s been clear that we can look south to see extreme examples writ large of potential futures for CdnPSE. Since March I’ve been warning of the utter inevitability of a switch to online – or best case, hybrid – fall term. I’m not an epidemiologist, but the evidence has been in the public sphere and has been gaining momentum every day for months. I have to assume that PHOs and college boards had access to decent guidance, and that they persisted in reopening campus knowing full well they were pulling a bait-and-switch…

Intuitively we all knew, but data from Davidson College confirms that US college reopening plans this fall were strongly influenced by the political leanings of the state. In states with a Republican “trifecta,” colleges were most likely to reopen, regardless of regional COVID19 infection rates, student opinion surveys, or the campus’ ability to physically distance. 82.5% of institutions indicated the Governor had “high” influence on their plans for the fall.  Inside Higher Ed

U South Carolina recorded 1,026 positive COVID19 test results in the past week, a 27.7% positivity rate among students. 60% of USC’s quarantine space is now in use, but the school’s alert level is nonetheless “low.” US News

More than 7,000 college-aged people in Missouri have tested positive for COVID19 since campuses reopened in mid-August. US News

Analysis of 50 US counties finds that, between 4-12 days after students move into dorms, COVID19 cases increase sharply in many counties where the university constitutes a large part of the population. (See graph above for UNC and Iowa State examples, both of which reopened dorms on Aug 3.) There is some evidence that the increase is driven by local 18-24 year-olds.  Chronicle

Top White House officials seem to be realizing that sending students back to campus has sparked some explosive COVID19 outbreaks – but that closing campuses and sending those students back home could be exponentially worse. Daily Beast

Politics is Driving (Over) Science

As the Trump administration hurtles towards a Nov 3 election, its appointees leading the FDA have been approving unproven COVID19 treatments like hydroxychloroquine and convalescent plasma based more on political expediency than science. Now, Trump appointee Robert Redfield, the new director of the CDC, has asked state governors to fast-track distribution of a COVID19 vaccine (likely approved under emergency powers) by Nov 1.  Stage 3 clinical trials are still only halfway through recruiting subjects, for 2 doses given one month apart.  AP

The world’s longest international border, between Canada and the US, has been closed to all “non-essential” travel since March, and both countries continue to extend the closure. Cross-border car trips are down 95% both ways, although $1.9B in daily trade continues to move. And when Canadians in border towns spot American license plates, they have become alarmed. 80% of Canadians want the border to stay closed until at least 2021. CTV

Today we’ve got 2 more announcements about the Winter term, a new case at uCalgary, and enrolment details from Fanshawe…

UBC announced yesterday that it will be “keeping a focus on equitable access” for term 2 (Jan-Apr 2021), with largely online delivery of programs. F2F instruction will be planned for select programs in health, creative and performing arts.  UBC

uCalgary reports an individual in the SMART building tested positive for COVID19 in the past week.  uCalgary

Fanshawe College reports that about 8,000 of its 18,000 students (44%) will be taking blended programs this fall, therefore spending some time on campus. Domestic enrolment rose 4% this year over 2019, although international dropped “a couple of thousand.” Residence occupancy has been reduced to 45%. CBC

Seneca College announced yesterday that its Winter 2021 term “will be delivered in a hybrid format similar to this fall’s.” Twitter

Every now and then, new technologies promise to significantly change what we can do, and how we do it… 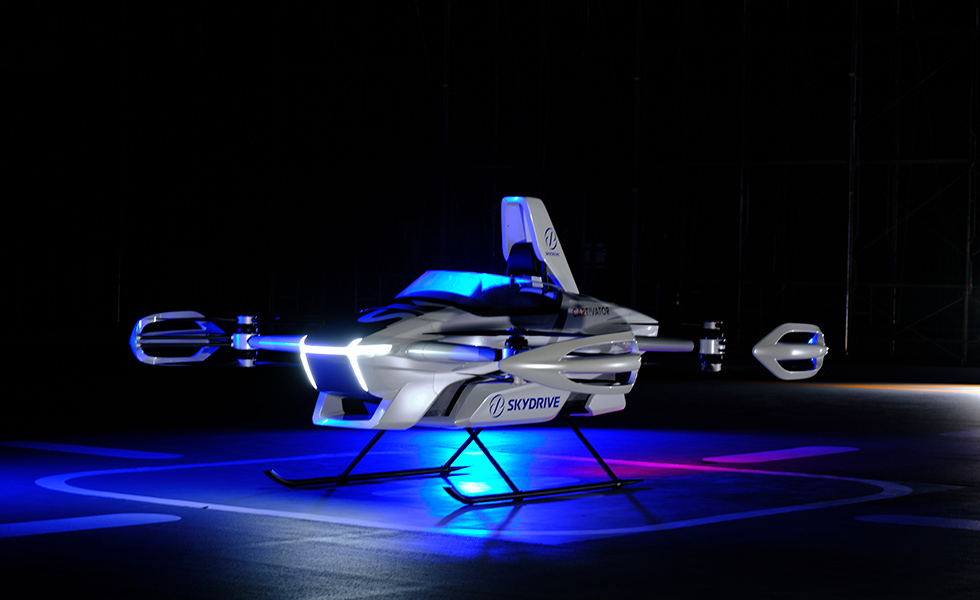 Japanese engineering company SkyDrive, with the backing of Toyota, has completed its first manned test flight 0f an electric single-seater flying car. The production model, semi-autonomous and capable of flying 70kmh for up to 30 minutes, will hopefully be available for charter trips in 2023.  (Rumour has it that when finally offered for sale, the sticker shock will be about $300,000.) Morgan Stanley estimates a $2 trillion market by 2040.  Motoring

Earlier this week we “focused” on VR, AR, smart contact lenses etc. But smart glasses could do so much more… 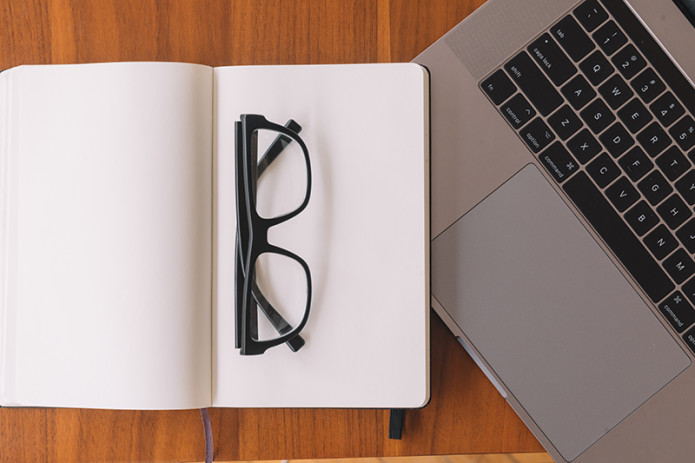 A Toronto startup named Auctify has launched a fundraising campaign on Indiegogo for productivity-enhancing smart glasses they call simply “Specs.” (So far they’ve raised $50,000.) The ambitious project promises too much, but suggests some potential new directions for companion AI to track your attention and productivity, gym workouts, or even assist in mindfulness and meditation. (I think I’ll wait for the contact lens version.)  Indiegogo

If the pandemic hasn’t put your health club out of business, technology soon might. Several manufacturers already offer smart mirrors for your home gym, some with 3D motion tracking, AI trainers that count your reps and assess your form, live and on-demand classes with remote trainers, and competitions with other users. FinvsFin 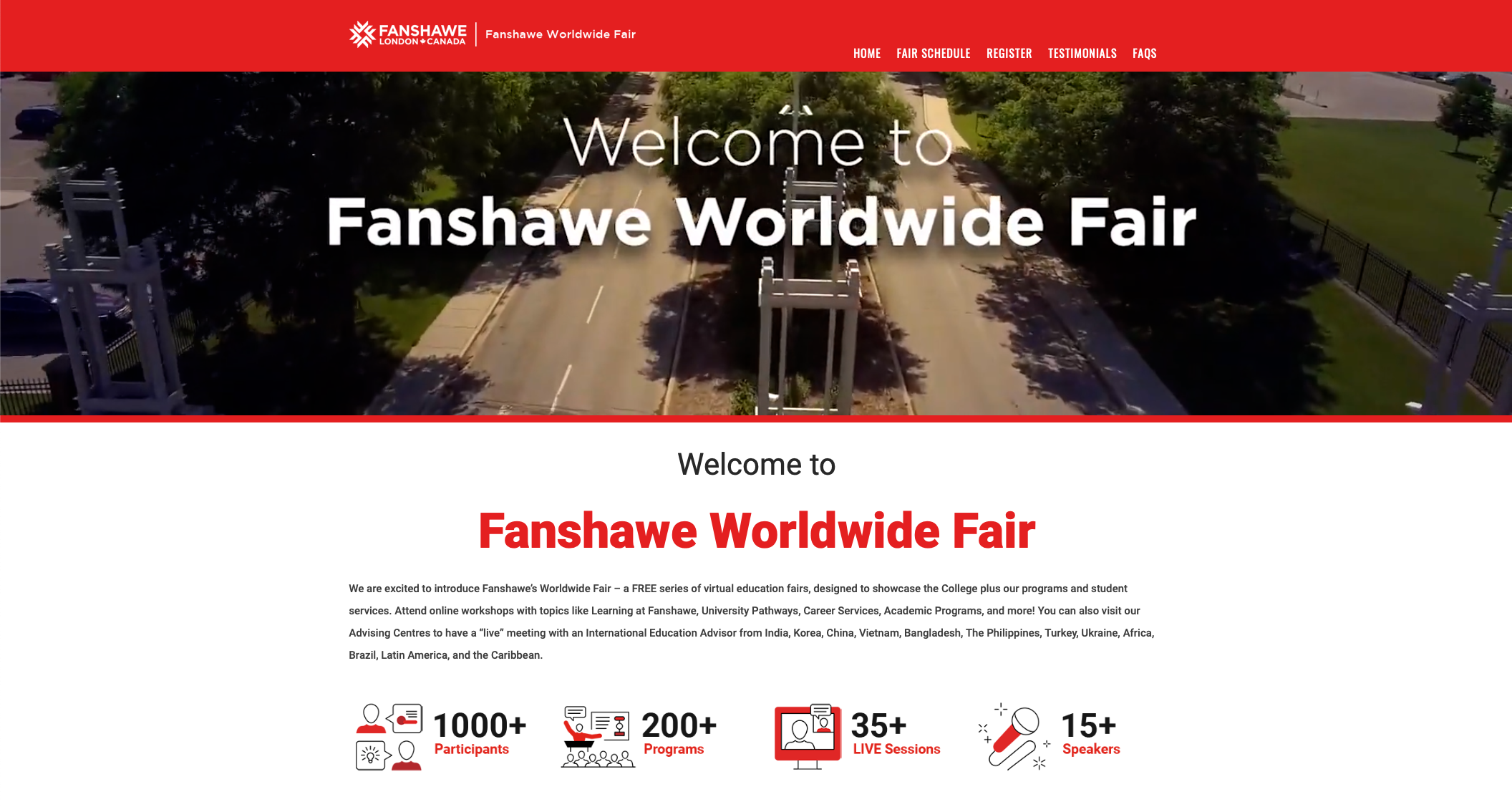 Fanshawe College has launched “Fanshawe Worldwide Fair,” a free series of 4 virtual fairs in October, targeting prospective international students in 12 countries/regions. The fairs will offer program information, 15 speakers, 35 live sessions, and opportunities to meet with advisors. The platform can accommodate 1,000 participants, who must register in advance.  Fanshawe

Lessons from the Pandemic

Public health messaging in Canada has been relatively effective during the pandemic. Between January and mid-April, the public’s trust in government rose from 50% to 70%. Phrases like “flatten the curve” simplified complex ideas and focused us on a common goal. But mixed or evolving messages (such as those about quarantine requirements, masks, fomite vs aerosol transmission, etc.) created confusion and skepticism. Sometimes PHO advice lagged media reports of research findings. Few politicians or spokespeople were willing to admit how much remained unknown about COVID19 (and still does). Messaging is even more challenging as restrictions are lifted and schools reopen, with complex regional variations. “When you’re facing an unknown new threat, the messaging has to be crystal clear or people begin to fill in the blanks for themselves.” University Affairs

In many ways, shopping centres and PSE campuses share some similar challenges when it comes to encouraging social distancing and face coverings. RioCan launched a clever interactive display outside the Yonge Sheppard Centre in North York, holding 352 disposable face masks for anyone who needs one. The original headline “Take Care” is gradually revealed to read “Take Care of Each Other” as the masks are removed. (A 15-sec timelapse video appeared on YouTube.)  Strategy

One of the best higher ed commercials I spotted this week came from Australia’s Charles Sturt U. This dynamic 1-min spot emphasizes active learning, business incubation, applied research, and social and environmental impact. “It’s not what we say that makes a difference; it’s what we do.”  YouTube

And genuinely, just #ICYMI, there are 2 videos that you should see if you haven’t before returning to class this fall!

Since early April, Julie Nolke has accumulated 15M views on YouTube alone for her 3-min one-woman skit, “Explaining the Pandemic to my Past Self.” Watch as the time-travelling Julie tries to warn herself about 2020, without violating the temporal prime directive.  Maclean’s