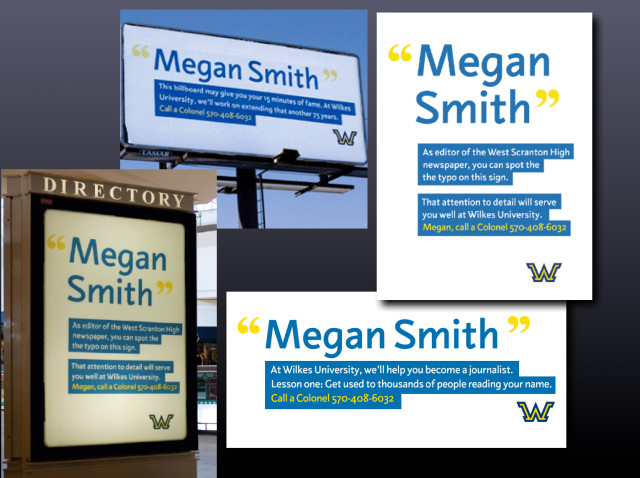 Small, Pennsylvania-based Wilkes University wanted to impress upon applicants and prospective students just how personal the environment could be at Wilkes.  So they identified a handful of applicants that they thought exemplified the sort of student they wanted to attract, and launched multimedia ad campaigns targeted at these individuals.  Their home towns were blanketed with radio, TV, billboard, transit, gas pump, pizza box, and even skywriting advertising attempting to recruit them personally.  Even better, each ad campaign featured a unique local phone number, and if students called for more information they would hear a recorded message from a former graduate of their high school, who was now attending Wilkes and loving it.

It looks as though Wilkes spent more than $100,000 per student on this recruitment campaign, but it certainly raises the bar on what personal attention can look like.  “The medium is the message” indeed!

Here’s a documentary describing the strategy behind the campaign: