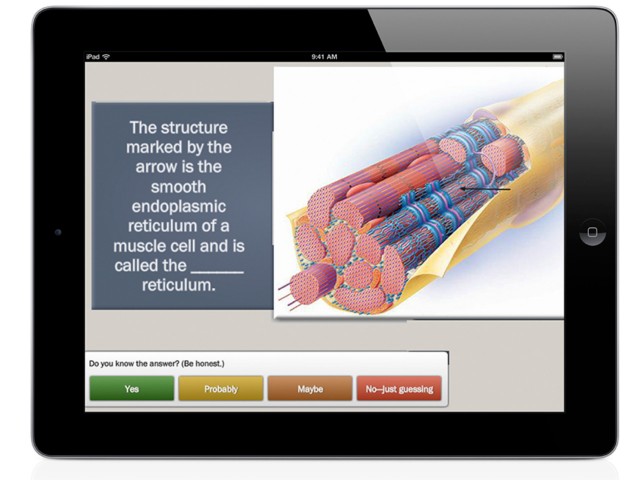 In January 2013, McGraw-Hill unveiled its “SmartBook,” which it calls the world’s first self-paced, non-linear textbook for higher education, as part of its LearnSmart Advantage suite.  Although students all start on the same page, the book assesses their knowledge continuously, steering the reader towards content they need to master and presenting it in a variety of ways: as text, graphics, simulations, audio, and video. What’s more, intelligent textbooks can grade assignments, and report back to instructors aggregate data on classroom learning and mastery, as well as individual student data on learning progress.

McGraw-Hill and Pearson have announced plans to abandon print textbook publishing, which is increasingly subject to leakage (through resales, shared copies, photocopies, etc) to focus on the development of “adaptive learning” or “intelligent textbooks.”  In recent years textbook publishers have purchased or partnered with lecture capture companies, such as Tegrity and Panopto, signalling their intention to integrate lecture capture with textbooks.

In October 2011, Pearson unveiled a free LMS (Learning Management System) called OpenClass, with complimentary support, hosting and upgrades as a loss leader to support its e-textbooks and e-tutoring sales.  In July 2013, Pearson added more than 680,000 OERs (Open Educational Resources) such as e-texts, articles and video clips, in what they called “OpenClass Exchange.”  Blackboard has been increasingly partnering with textbook publishers in order to better integrate e-textbooks with the Blackboard LMS.

In June 2012, Western Governors University and McGraw-Hill announced a pay-for-performance deal that will see the publisher paid in part based on the grades achieved by students using its textbooks.

McGraw Hill reports that more than 1 million unique students have answered more than 1 billion questions through LearnSmart, between 2009 and February 2013, giving it “unparalleled data and insights into how students learn to refine its adaptive capabilities and apply them to new areas of the learning experience—in effect creating a fully adaptive course.”