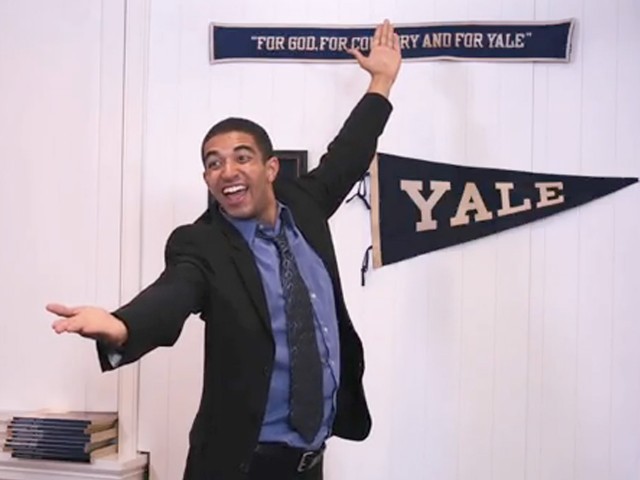 The project was an independent collaboration between Yale undergraduates and recent alumni working in the admissions office. All filming, editing, and vocal recording was done on Yale’s campus exclusively by Yale students. The production values are high, the video features a large cast of Yale students, faculty and alumni, singing the praises of Yale’s programs, libraries, residence halls, scholarships and bursaries, and more.

A couple of months later, Delaware University released its own recruitment music video, opening with a couple of recruiters getting official permission to produce the video, and winding up with a similar “gathering on the green” complete with marching bands.

Although students at many Canadian institutions have produced “lip-dubs” and parody videos, the only officially-sanctioned student recruitment music video I know of in Canada comes from McGill University. “McGill State of Mind” rewrites a popular rap song with lyrics extolling the undergraduate experience at McGill.