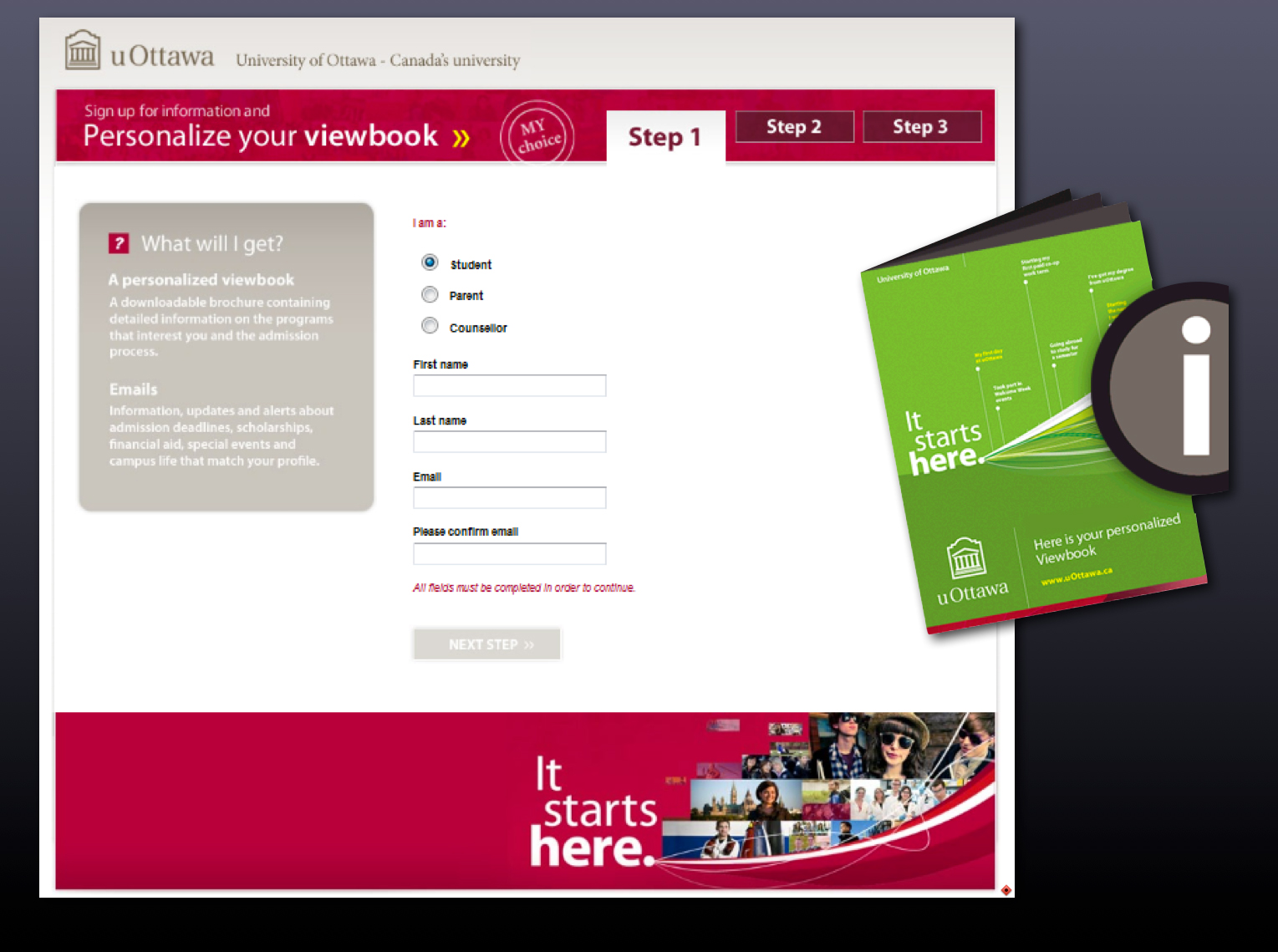 The University of Ottawa had long been printing viewbooks for prospective students in both official languages, but wanted to start customizing its mailings to prospective students even further but narrowing the contents to include just the program areas of interest.  It was impractical to print multiple program-oriented viewbooks in both official languages — until print-on-demand started to become more efficient.

In 2009, uOttawa became the first institution in Canada to start printing viewbooks on-demand.  Interested students could still request a viewbook from the website, but in addition to asking for name, mailing address, and perhaps program of interest, the site also asked students to choose their favourite cover, indicate what athletics or other extracurriculars interested them, and more.  The website could then automatically generate a customized viewbook featuring the cover, activities, and programs of interest to the student, in the language of their choice, and featuring their own name on the cover.  The viewbook was available instantaneously as a PDF download, or could be printed and mailed the old-fashioned way if applicants were willing to wait a week or two.

Mohawk College experimented with print-on-demand viewbooks as well, but has discontinued the initiative.  Have any other institutions tried it?  Please share your experiences in the comments below!