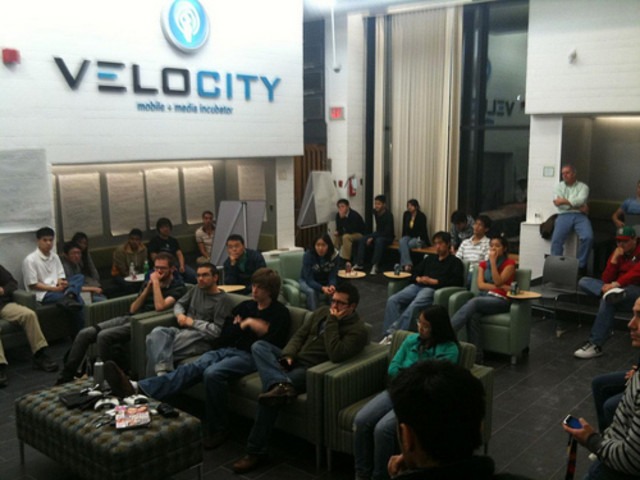 The University of Waterloo opened its “Velocity” residence in September 2008, as a “mobile and media incubator” to encourage entrepreneurial students to start up new companies in residence, much like Mark Zuckerberg did in Harvard’s dorms when he launched Facebook. uWaterloo invested $400,000 in renovations, adding a boardroom with a 12-foot videoconferencing screen. Residents are selected for their entrepreneurial tendencies, and given opportunities to pitch their ideas to angel investors.

In 2009, Ted Livingston graduated from the Velocity dorm at age 23, with a promising new internet startup, Kik Interactive.  Just 23 months later, in 2011, he donated $1 million to the Velocity dorm to be used as seed money for other startup ventures.  Evidently the idea of fostering the next Facebook wasn’t so crazy after all!