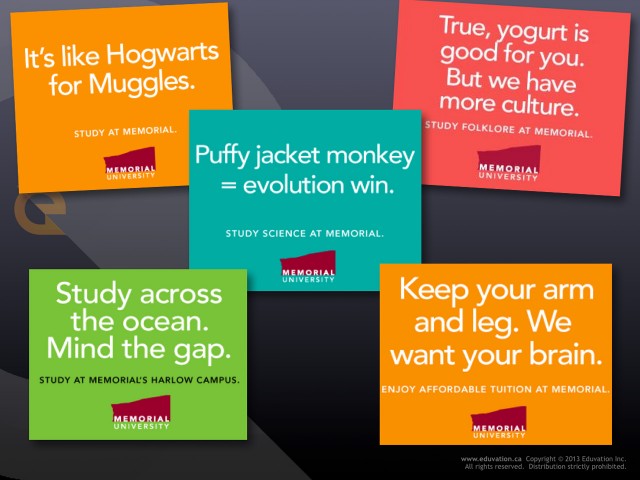 Over the years, Memorial University of Newfoundland has had some dynamic marketing materials and off-beat recruitment campaign messages, but perhaps none so much as the campaign launched in social media in early 2013.  Brilliantly-coloured online display ads featured thought-provoking headlines alluding to the IKEA monkey, zombies, and Harry Potter, with key benefit statements like “Study Science at Memorial” or “Enjoy affordable Tuition at Memorial.”

What is most striking about the campaign, however, is the unusual nature of the media buy. These ads appeared on Google AdWords, the usual social media platforms (YouTube, Facebook, Tumblr), and also inside an iPhone streaming music app called “Songza.”